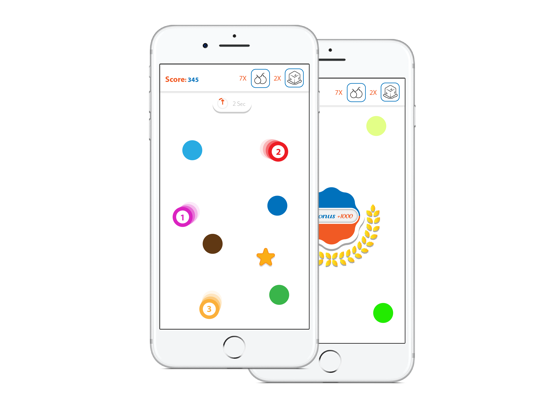 “All we wanted to make is a challenging tapper “

How the project was started?

I am the designer in the family, and my brother is the developer. Pretty nice set.

Both of us likes one tap games, so once upon a time we decided to jump into the mobile game development, just for fun. We were published a few native iOS titles already in the past, and it was the time to try out what can be done by Unity game engine.

Bubble wrap mechanism
– And the power of colors –

The basic concept of DotKiller was coming from the bubble wrap. Tons of people like to poke them out, because of it’s simple ability to solve the stress. We were aimed to implement the same effect on smart devices by poking out colorful dots.

Color is the major attribute of every dots.
There is no any functional distinction between the different colors. It has it’s unique, unspoken impact on the subconscious mind only – and that makes the game so satisfying. Studies were shown that the wider the colour spectrum that we see on a composition is the greater amount of dopamine that our brain extricates – what molecule is responsible for our mood. If our dopamine level is grater than the normal, we feel ourselves superheroes, if it is falling below than we feel depressed.

Balancing the properties
– And the hidden helper –

The game had been built around a quiet simple logic. Tap the dots while they are moving.
We enhanced the difficulty by increasing the speed of the dots passed by the time, and when their are getting mistapped (then also every dots are getting duplicated). Balancing the values such as difficulty curve, tapping tolerance and so on was a great practice of how to adjust game mechanism. We did it empirically by creating value specific sliders and entries to a blank page that was accessible from the menu.
For monetization purposes we introduced an ingame currency, and two helpers that can be purchased. Both of them are costs a few stars, what represents the inner currency.
Stars can be collected during the game and can be gotten by watching ads or buy.

We introduced a third helper what seemed to be unfairly strong – that was the stopwatch. It’s special ability to reset the speed of all dots. As a result of several user tests we found that it is letting a pay-to-win hole in the concept. You could make infinite scores if you would buy a lot.

We don’t wanted to remove it (because it seemed to be really useful sometimes), so we were hide it. We removed it from the store, and left over as a “randomly showing up on the screen” item while playing the game. Guess what? People loved It.

About the Design
– UI, Animations, Video, and Audio –

DotKiller is powered by Unity. When we jumped into it we had not that much experience at the topic. It was quiet experimental. I was very happy for that I could applying a really wide range of my skills during the development.

First of all, I would like to talk about the onboarding. It was important to teach the usage of the game through some explanatory notes. We built it getting triggered by the specific action that the user needed to be taught when they were reaching it.

Simpe notes, with short instructions about the how to’s.

I am using After Effects since a while, so we were chosen to create animations by sprite sheets, such as the score double, helpers and such. The file size of our first build was extremely huge, but we learnt how to optimise the sheet and reduce it’s size as much as it can possibly be done.

I also have experiences in audio editing. That skill set seemed very useful when I prepared the sounds of the game. I have just collected some audio samples from a free stock site, and I edited them in sense of how they fit best on the visuals.

The UI is tricky. The game is simple enough to exist standalone without any menu, however it has one. Therefore I wanted to evaporate the feeling of being separated from the game itself while a user is standing at the menu. I did this by adding a translucent, glossy layer in-between the game scene and the menu, what sustains the feel of that the game is already initialized and waits for you to play with.

How we came closer to the release date we started to thinking about some advertisements. Sponsored Instagram feeds seemed to be the greatest option for our budget. I have snapped a simple 15 seconds long video ad that has represented a real gameplay. Our research was shown that it is a popular type of display and it’s duration are less disturbing compared by a longer one.

However DotKiller is a very simple game it gave birth to a style guide. I applied its unique style all over on different mediums, such as store materials or social media posts. 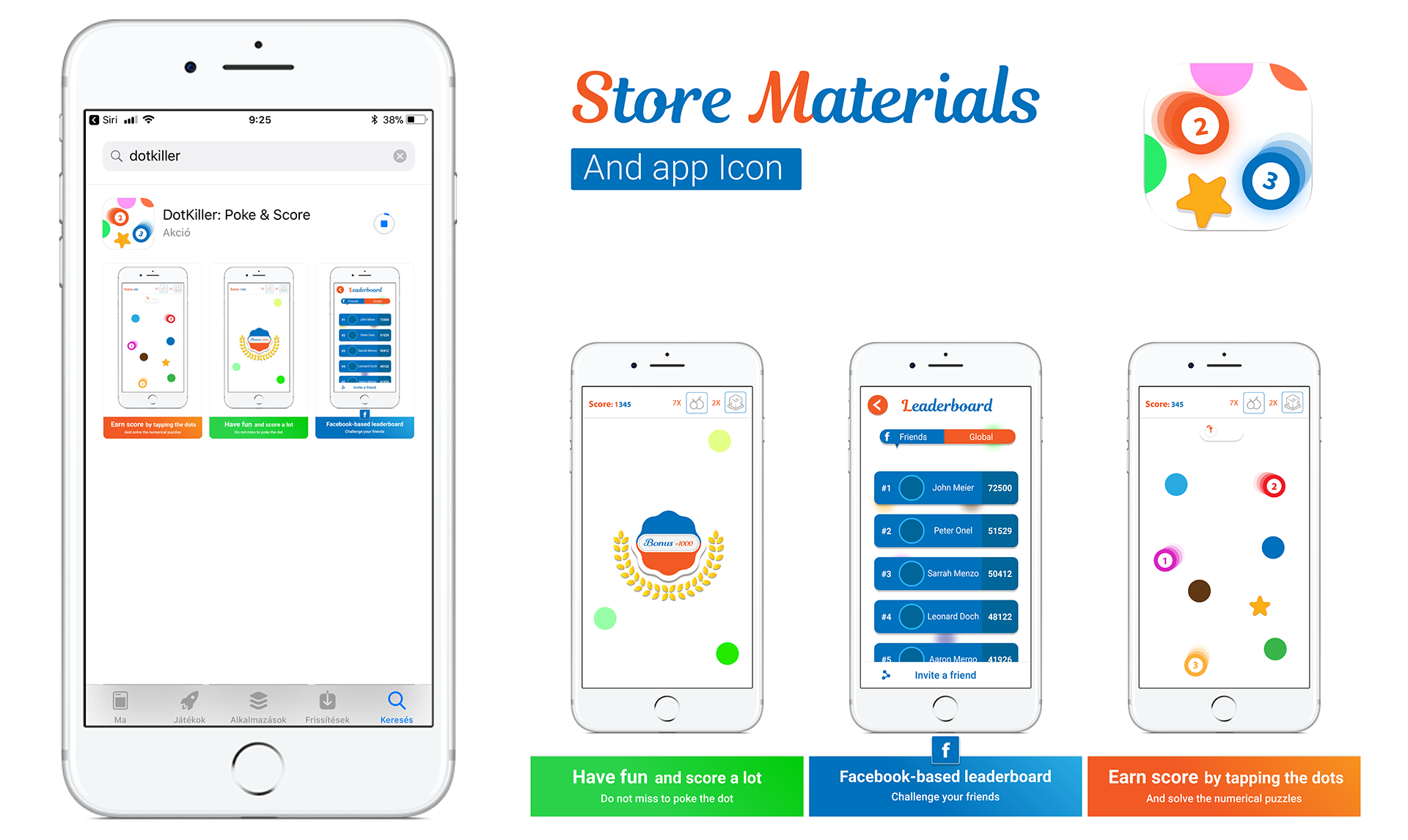 Up to date UI plans are always necessary for developers to have. We chosen inVision for design management because it’s perfectly aligns to Sketch. It eased our workflow and made the full process smoother.

I loved to working on DotKiller in all aspects. I hooked up on Unity a lot, and I wish to work on more games in the future. I learned so much during the project, and I used to apply many techniques in a real project that I did not before.

Dotkiller is available in Google Play.